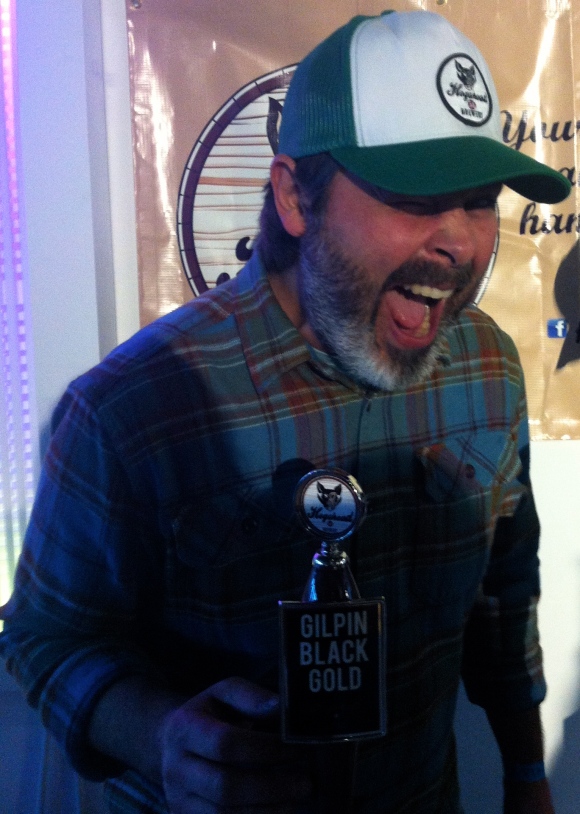 We found Rick and his great beard behind the Hogshead Brewery taps at the Denver Beer Festivus on Saturday. Originally from San Francisco, Rick and his beard first came to Colorado in 1993. He started growing his beard again about five months ago when he and his wife moved back to Denver from Malaysia after living there for three years. Rick hates shaving, and even though his wife doesn’t like kissing him with his beard, he still sports it proudly. Rick and his beard have been managing Hogshead Brewery for about three months, and we highly recommend stopping into the brewery, saying hi to Rick, and sampling the delicious Gilpin Black Gold beer—you won’t be disappointed with the brew or the beard!