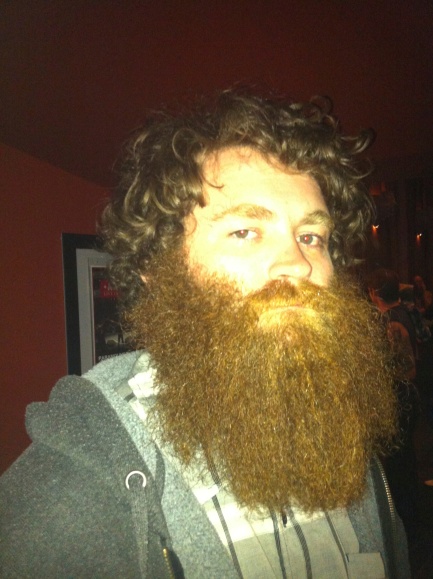 Occasionally, the Ladies of Beards of Denver go on a hunting expedition with a bit too much whiskey and sass (well, let’s be honest, the sass is always present). On those said occasions, we may not take the best notes…which is why this amazing beard is so mysterious, because from our detailed iPhone notes, we are not sure is he is Jesse or Seamus, but really, what does it matter because LOOK AT HIS BEARD!!! (yes, Jesse/Seamus’ beard warrants three exclamation points). We met him at the third night of Lucero performances at the Bluebird, and he lives in the City Park ‘hood and has resided in Denver the past six years, before that hailing from Albany, New York. Jesse/Seamus said he’s a retired bartender and loves to hang out. With his amazing beard we imagine he has tons of takers!