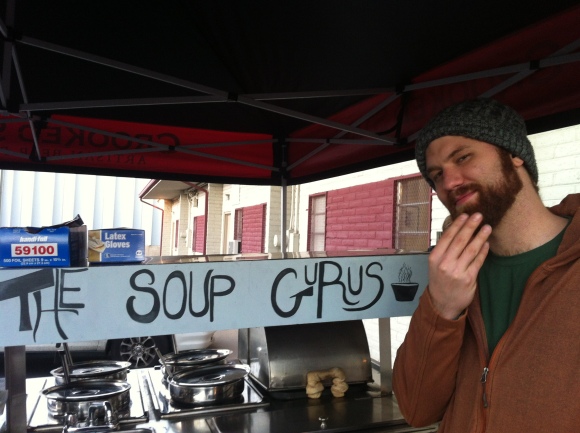 We had the pleasure of running into Travis and his great ginger-beard outside of Crooked Stave Artisan Beer Project in Denver, where he was manning the delicious food stand for The Soup Gurus. Travis, though a native of Indianapolis, has lived in the Denver area for seven years, and is always surprised when people ask him if he dyes his handsome beard-mane. If you met him, you might wonder, too; it’s that good-looking. For all you urbanites, you can catch Travis and The Soup Gurus soon during lunch hours downtown near 17th and Tremont; until then keep a look out at Crooked Stave for Travis, his beard, and his and his friends’ amazing soups!