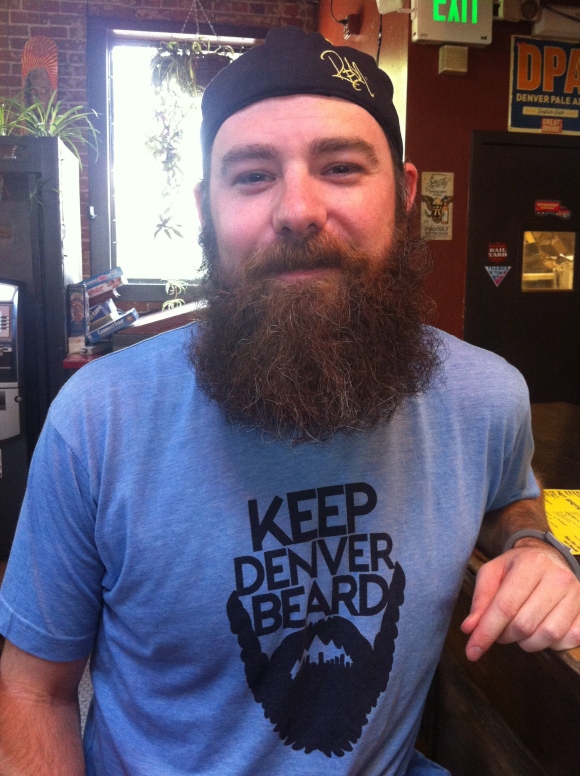 We met up with J. about a month ago at one of our favorite beard hunting grounds in the city: Goosetown Tavern. Not only does J. rock an amazingly impressive beard (and awesome “Keep Denver Beard” t-shirt), he is also a complete and delightful southern Mississippi gentleman to boot. And J. isn’t an alias; he was named after his dad’s best friend J.P. and has gone by J. his entire life. He originally moved to Denver a few years ago from Mississippi to attend culinary school, and now works at the multiple (and delicious) Moe’s BBQ locations, where they are very welcoming of beard culture (and Makers Mark shots, which we approve of, naturally). This is the first time J. has grown his beard this long, and he said his roommate had one and that was part of the inspiration to grow his out. While his mom isn’t his beard’s biggest fan, he does believe his dad has some Beard Envy (and we can see why!) J.’s an Eagle Scout from back in the day, and if we had any say, he’d definitely earn the badge for Bad-Ass Beard! Keep up the great beard work J.!